IT and the primacy of law (engl.) 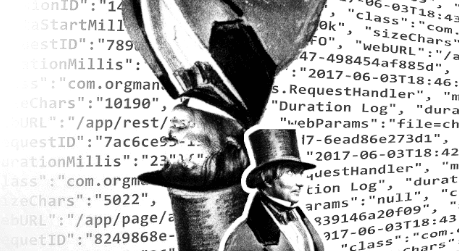 Interpretation in the context of IT innovation

Savigny from head to toe?

When the law opens up unplanned regulatory gaps, when suddenly completely undefined legal terms such as "state of the art" get in the way and the lawyer can no longer help himself, then the legal argumentation figures come into play. According to Friedrich Carl von Savigny (picture), the father of this methodology, the wording, the systematics, the history and the sense and purpose of the law (telos), is used to determine "the thought inherent in the law". Seen in this light, the argumentation figures are the toolbox of every German lawyer.

From the point of view of the following two examples, however, the well-known and time-honored foundation of purely legal interpretation of the law becomes increasingly wavering.

Consequential problems of the purely legal interpretation of the law

The Blockchain is based on the principle of immutability and the avoidance of central rights of intervention. The General Data Protection Regulation (GDPR), on the other hand, with Art. 17 GDPR, inevitably demands a central right of intervention in order to guarantee the right of deletion.

If someone suffers damage due to a violation of the GDPR, then according to the general rules of evidence of the German Code of Civil Procedure, he or she must provide evidence for the existence and amount of the damage. Why? Because, according to Art. 82 GDPR, there is no mention of the fact that the burden of proof should be reversed. This so-called "eloquent silence" is interpreted by most German lawyers as a legislative intention for the regular rules of evidence and thus full burden of proof for the damaged party. Other lawyers, however, see the basic idea of Art. 5 GDPR thwarted and attribute a reversal of the burden of proof to the damaged party.

Instead of discussing the law further in a literal, systematic, teleological interpretation, the common mathematician/computer scientist is faced with only one question: What is technically reasonable? A question that is at the back of the list for a german legal scholar.

In Example 2, the so-called prevailing opinion declares the person concerned to be an IT forensic scientist de facto. From the point of view of the computer scientist, that would simply be unreasonable. A balanced technical-juridical and consequence-oriented interpretation would then presumably lead to a possible easing of the burden of proof or a reversal of the burden of proof, which in turn would contradict the wording of the law (Art. 82 GDPR).

Example 1 shows that the will of the legislator is completely unclear. Did the legislator not see the increased use of blockchain technology coming or does it consider the well-tried databases to be more data protection friendly and has the right to deletion been conceived as a kind of antipode to unalterable IT systems?

As you can see, from the perspective of the computer scientist, the conventional argumentation figures do not produce clear and pareto-optimal results.

While in example 2 the lawyer brusquely wipes the doubts off the table because there are only disadvantages in the proof of a person affected, the uncertainties in example 1 lead to a disintegration of any digitization efforts and enormous misallocations in our economy.

Do the above-mentioned norms still make sense in disruptive change? Is the irrefutable primacy of a pure interpretation of the law still relevant today? How to deal with the permanent change in technology? Why do these consequence-oriented factors from IT technology and mathematics, as the "normative power of technology", not flow into legal considerations?

Mr. Savigny, may we step out of the legal thought bubble or is that already blasphemy?

Learning from the foreign for your own

We can only recognize differences, not identity.

From this truism we should first of all realize again that jurisprudence is not a natural science but a pure science of argumentation. There are no clear answers. In short: The most convincing argument prevails in a legal dispute (Thomas M.J. Möllers, Juristische Methodenlehre, p. 5/Rdn.8).

Mathematics and computer science, as sister sciences of mathematics, are natural sciences! They are based on objective facts. Quod erat demonstrandum, our mathematician always says. Literally, this mathematical turn of phrase means "what should be demonstrated", i.e. the proof is given and thus irrevocably concluded. The proof is lovingly marked with a black square ■.

Yes, even the economic sciences or disciplines such as psychology and sociology use mathematical-statistical methods to make the most precise forecasts possible. Or have you ever seen an economist who makes decisions based on gut feeling without mathematical modeling? We hope not!

Only jurisprudence closes its mind to the whole thing. Because the lawyer does not only work with and on the law, but first and foremost from the law. To work from the law means to erode the deeper meaning and purpose of the law (Do you remember Savignys methods?). Thus, the interpretation and application of the law lives in a self-contained monad and tries to offer appropriate solutions from within itself. The law thereby acquires a fetish character.

But how can something that analyzes and judges the foreign on a daily basis, close itself so rigorously to the foreign? Is it time to quantify the legal system?

The following is to be said about saving the honor of jurisprudence:

Seen historically, it arises from reasons that arise from the reality of life. The social, the cultural, the technical, the economic. All these non-legal areas, found before and outside the law, penetrate and reify themselves into the sphere of law. To depict it figuratively: law, if you like, absorbs everything like a sponge and tries to order it within itself.

Yes, and exactly for this reason it is worthwhile to take the law into one's hands and breathe the smell of thousands of years of empiricism and systematics up and down.

Disruptive change and the Law

"In areas such as the peaceful use of nuclear energy, where innovations are constantly to be expected as a result of rapid technical development, the legislator would also have to update these regulations on an ongoing basis if it had actually adopted a detailed regulation. (Federal Constitutional Court, 08.08.1978 - 2 BvL 8/77)

It is in the nature of things that the law lags behind technology. The need for regulation is therefore often very high. This is not tragic. The ideal situation, however, would be a high rate of creation and implementation of "good" laws and the associated elimination of any gaps and ambiguities. In times of rapidly increasing digitization, however, no legislator in the world can guarantee this with the best of their knowledge and conscience.

But if the gap between law and technology is so wide due to technological change and the laws permanently contradict technical reality, the liberal regulatory framework becomes an over-regulated superstructure of laws without a real point of reference. And if our application and interpretation of the law embodies the same phenomenon, then this science leads itself into an exitus or optionally into an intellectual niche existence.

Due to the lack of digitalization, this realization has so far only been a self-flagellating "prophecy of doom" by an IT lawyer, a computer scientist and a mathematician. But this "prophecy of doom" will eventually become reality, and will increase at the latest with the enormous impact of the wave of technical changes that is coming. Here it quickly becomes apparent that jurisprudence and its methodology, as the method of pure work from the law, can only produce appropriate results as long as the technical stagnates and the innovative power of a society rests. This thesis is based on the fact that the law and the application of law always reflect the current social conditions.

If capital leads to revolutionary innovations in the interaction between "entrepreneurs, savers and technicians" (as economist Ludwig von Mises said) and these technical innovations are reflected in society, then the legislator often counters with new laws to make the new situation controllable again. Now, however, we have already established that this cycle of permanent law-making, neither current nor in disruptive change, will lead to appropriate results.

The expansion of the canon of arguments could therefore help. An extension by a technical-legal interpretation, as a subset of the consequence-oriented interpretation, can contribute to point out technically reasonable solutions.

As a consequence, work with and on the law will of course continue, but the arguments will no longer be based solely on the law, but will also include the functionality and granularity of information technology.

The technical-legal argumentation figure as a consequence-oriented interpretation in disruptive change unfortunately has a snag. It requires a certain digital competence of the entire legal profession. (absolutely worth reading about this, Risse: Mathematics, Statistics and the Law, NJW 2020, 2383)

In this science of argumentation there are no prohibitions of thinking, only the limits of our constitution.

As a small interdisciplinary glimmer of hope, the last word has no lawyer, no computer scientist, and no mathematician, but a poet.

Two roads diverged in a wood, and I-

I took the one less traveled by,

And that has made all the difference.

[Robert Frost - The Road Not Taken] 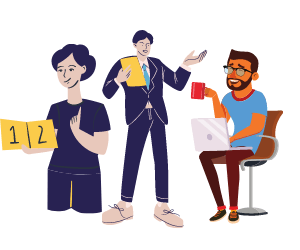 The lawyer,
the computer scientist,
the mathematician.

A lawyer with a penchant for combining IT and law.

A bossy computer scientist and a mathematician who can also handle numbers. 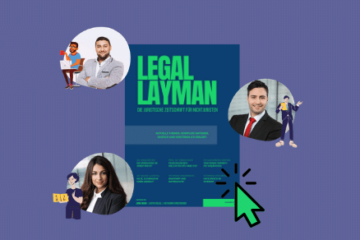 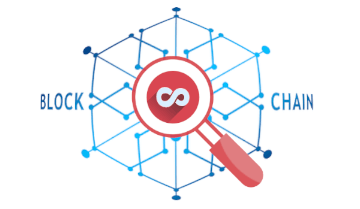